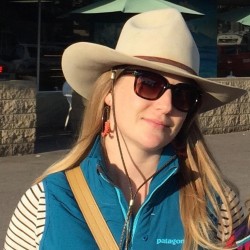 We open on an aggressively paced montage of Alpine scenery: the Matterhorn, verdant sheep pastures, an angled zoom into a cobblestoned town square. Pat and Vanna turn in unison, their smiles dazzling against a backdrop of snowy mountains.

Swiss Holiday week is upon us.

Our hosts make their entrance onto the set, and we’ve hardly had time to gain our bearings before entering our first Toss-Up.

It’s a gentle entry into the competition—a perfect aperitif to settle contestants’ nerves.

Jill, a spry Frances McDormand lookalike in a blue blazer that looks oddly athleisure (a perfect choice for Wheel: comfortable, yet commanding), lights up the middle post with a solve:

She gives an enthusiastic fist-pump, and with that, we’re off.

Pat, the human Teddy Ruxpin, segues seamlessly into intro banter with a heartfelt “You’re off to a good start!”, followed by a series of wholesome get-to-know-you prompts for each of the contestants.

Jill introduces her husband, Chuck, as a “gift from God” who hates shoveling snow.

Jay, a tall gentleman with a neatly combed ponytail, describes his “obvious transition” from lead vocalist in a Hawaiian hair band to undefined job in the financial sector.

Reina, a young pre-K teacher from Texas also loves acting and, for some reason, eggs. She is so into eggs, in fact, that her (incredibly observant) students ask where her eggs are if they witness her eating anything else.

Despite Reina’s inscrutable egg thing, she has clearly come to play in a vibrant emerald green top, and one can’t help but respect that.

It’s a tricky answer—is a public appearance quite an “event”?—but Reina seizes the opportunity to assert her prowess.

Our next category: “Things”. The Wheel is in full swing.

Reina begins with an “S”—a keen choice in light of the category’s plurality—and it pays off.

Then she goes in for the kill, cementing her place as a serious competitor among the relentless parade of Wheel dalliers.

No premature vowel-buying. No hedging her bets. The Queen in Green is here to dominate. She hits Bankrupt, but the stakes are low and the gameplay bar high.

Jill takes control of the board, tearing out of the gate with a vowel spree: I, then E, then a quick spin (she picks up the Swiss Holiday vacation on G, a baffling choice), before the O ends her run.

Jay enters his first turn with a bang, calling an M and unlocking that critical first letter. But his enthusiasm betrays him in turn, his voice breaking theatrically as he asks to buy an A that proves elusive.

Pat doesn’t miss a beat. “Happens to me all the time, Jay!”

The awkward laughter is mercifully brief, and Reina is back in command. With a confident L, she solves the puzzle.

An elegant, apropos answer on this night of Swiss celebration.

Reina lets out a practiced “Woo hoo!” that escalates into a high-pitched, animal shriek. “What was that sound?” Pat chuckles as the segment concludes.

On the way to commercial break, we join Pat and Vanna for a quick stop at what appears to be the continental breakfast area of a hotel. Seated at a table in front of a window with expansive views over a Swiss cityscape, our hosts deliver a short promo about something to do with Switzerland while oversized croissants look on.

Jill begins with a T, then immediately blows her load on vowels. All the vowels. When she’s finally forced to spin, her turn ends in an anticlimactic Bankrupt.

Reina secures three Ls, then calls an A on a Free Play, but a Bankrupt stymies her progress.

Jill’s next turn begins—and ends—with yet another Bankrupt before the Wheel finally relents to Jay, because really, Jay deserves a break.

He hits a streak of good luck with a P, then two Rs, and the “Cheese” crossword begins to take shape:

Then, unbelievably, he calls an S, implying that he believes there is something called a Cheese Sip.

It’s just the second chance Reina needs, and she unceremoniously Gets It Done.

Another Swiss promo from Pat and Vanna, this time standing under an umbrella beneath a cloudless sky a quaint Swiss village with no other signs of life.

Back to game play, we begin the evening’s climactic Prize Puzzle with the category “What Are You Doing?”

Things play out as we’ve come to expect: Jay’s game is a series of unfortunate spins and missing letters, Jill buys all the vowels, and Reina continues her strategy of ballsy spins and is rewarded with an eBags gift certificate (…yay?) and the final solve:

EATING MY WAY THROUGH ITALY

In a perplexing departure from tonight’s theme, the prize is indeed a food tour through Italy—not Switzerland—but nevertheless gives a healthy boost to Reina’s already commanding prize total.

As the game nears its denouement, the final, $3,000 Toss-Up (category: Occupation) quickly goes to Jill:

She solves with an halting, strangled pronunciation, followed by a flustered “Arga-enga-blahblahblah.” And perhaps that’s appropriate, given the complete randomness of this second-to-last puzzle of the evening, which veers far enough off theme to shake even the steeliest player’s confidence.

No matter—the Final Spin is here (category: “Around the House”), and consonants are $1,500 apiece.

The rally moves briskly, and for one hopeful moment, it looks as if Jay might have a solve:

Alas, the seconds slip away, and it’s our Queen in Green who ultimately clinches the win:

We’re left to wonder if dessert trays are customarily found “around the house” in Switzerland, or if our puzzle authors just host a lot of fancy parties.

With $21,228 total, Reina handily stakes her claim on the bonus round. Jill’s Toss-Up prowess has earned her $4,000 total, and Jay is awarded the $1,000 minimum given to contestants for whom it “just wasn’t their night”.

Back from commercial break, we meet Reina’s cheering section: her parents, her “hilarious” uncle Bruce, and her “talented” nephew Abram. As she spins for her prize card (the stars) and takes her mark in front of the board, it’s clear that she’s a game finalist worth rooting for—for her courageous, consistent spins, for her unwavering resolve against easy vowel purchases, for her astute puzzle solves. Reina deserves all the eggs.

After uncovering a sparse scattering of letters from RSTLNE, she chooses C, H, D, and A—and hits only one more letter: ironically, devastatingly, a vowel.

Even Reina can’t puzzle her way out of this one:

A cruelly cozy, comforting vision in the face of her failure.

But her spirit is undefeated, and she smiles and shrugs good-naturedly as Pat insists on opening the prize card she didn’t win: $35,000. Her legacy is worth far more.

Reina, who takes the high road.

Reina, who has no need for vowels.

Reina, who cheers for her victories like no one is watching.

Reina, who conquers Magnificent Glaciers and knows what Cheese Dip is.